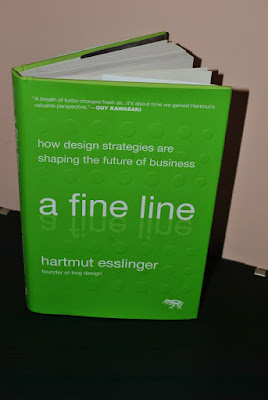 Clearly the book looses its intention towards the end , might be the author is emotionally affected by the recent financial crisis in US.
Posted by Premkumar at 7:41 AM No comments:

Introduction
Its a well known fact that job creation ( and hence wealth creation ) in our country is concentrated to few of our metros . But we dont have data which can quantify this deviation between the cities and rest of India and among the states . Statistics such as income tax collected at different cities/states or average salary in various areas are not in public domain. Intention of this writeup is to quantity this deviation. Prices paid for 3G spectrum in various states /circles are taken into consideration.

Reason to select 3G auction prices :
Telecom industry in India has highly penetrated the length and breadth of the country than any other service industry. 50+ crore (and still counting) telephone connections is evidence for this. This auction is a bottom up approach,where the service providers bid for spectrum in each state/region based on the revenue earning opportunity envisaged in those regions . Most of them have services up and running in 2G technology . Hence their bid for 3G should have been based on current earnings in these regions and also supported by to scientific studies on probable revenue earning opportunities by their market analysis teams.

Also we can assume that for any individual amount spent on phone bills is proportional to his disposable income which inturn depends on this total earnings. Aggregating it on a region/state basis we can conclude that bid by any provider should be proportional to the total earnings for that region.

Methodology:
Final bid for various circles[1] and the approximate current population of this region are taken into consideration. Official 2001 census result for various states is taken a primary data and extrapolated on basis of increase in total population of the country to arrive at the current population count of various regions.Finally price paid per citizen ie) Total 3G license fee for region / Total population in that region is calculated and compared across regions.Check the attached excel sheet for more details[2]


Observation:
Result are showcasing the deviation more clearly. Metros ( Delhi,Mumbai ) are the clear winners where price paid is around Rs6000 per individual. . Next comes the bunch of states predominantly from the south ( TamilNadu , Andhra , Karnataka , Gujarat ) where the price is around 480-800 per individual . Last bunch has the improvised states of Bihar ,UP,MP,Orissa,West Bengal , North east , Jammu & Kashmir where the price ranges from Rs150 to mere 45 per individual. Weighted average of this region comes to around Rs 100 .
Difference in price between the this region and metros is quite huge. Delhi's price is 60 times more than this entire region . Similarly prices in Tamilnadu ,Karnataka are 10 times than this backward belt. This translates into the fact that disposable income and hence the average income in metros such as Delhi, Mumbai is 60 times that of these improvised states which has around 50% of the entire population .Now it should be clear why naxalites thrive in this belt

Though most of the economic indicators for India such as GDP growth numbers , growth in average income etc increases at fascinating speeds , this growth is experianced by a smaller ( or rather minute) section of entire population whereas the vast majority still suffers from abject poverty.


Posted by Premkumar at 9:50 AM No comments: