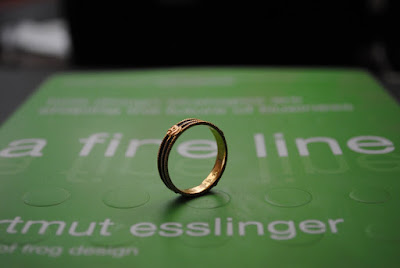 Do you like Gold ?
No doubts , answer would be a unanimous "yes".

But Do you invest in gold ?
Answers varies from person to person.Although traditionally gold has been high on investor's shopping list nowadays its getting replaced by more glittering investments such stocks,mutual funds,real estate,flats etc at-least by our generation. Even seasoned investment advisers advice to allot 5% at max of your total investments for Gold.

Until the recent sub prime mortgage crisis, i have never considered Gold as a viable investment option comparable to stocks & Mutual funds. [Psychological reasons for this fallacy is arrived at at later point.] In this article lets discuss the viability of gold a as effective investment.

How do we define a Investment ?
In Laymen terms , Investment is process of saving our wealth and multiplying it at a future date. Technically its little more than that . Money/Wealth should be measured in terms of its "purchasing power" ie) what it can get for us. So by Investing we are not saving the actual money , but saving its purchasing power for future. Purchasing power is inversely proportional to the inflation. Say the price of a product X is Rs 100 and you have Rs100 at your disposal .With this you can buy 1 unit now.If inflation for a year is 10% .After one year price of the product is RS110 . Now with the same 100Rs , you can buy only 91% of the product X or put in other words purchasing power of the money you had one year back has reduced by 9% .

Theoretically, any Investment Plan which you device to save your income should consider the following
The widely tracked indexes for Inflation in India are CPI & WPI. So practically a good investment can be characterized as one which will give you consistent returns higher than CPI /WPI over a longer period. As we cant foresee the future , we can only rely on history to predict the future trends .

Lets take Gold as investment option and consider its movement along with inflation indexes. In the first chart Indian Gold prices , CPI and WPI annual variations are considered for the period from 1970 - 2009 given by RBI[1][2][3].Note that stocks market index is NOT considered for this comparative study since its a new concept to India and data is available from RBI only from 1980s and it has been active only in the last two decades.

Next chart gives how the Rs100 invested in 1970 in various options such Gold , or in a imaginary product worth RS100 growing at the rate CPI / WPI and in bank deposit @ 10% rate grows over this 40 year period.

Historically gold imports and exports were heavily controlled by Indian Govt until as recent as last decade. So a logical question arises - if govt controlled historic prices of gold in India can be considered for future projections for our current investments. So same exercise was repeated with historical prices of gold in London , which is (was ??) a financial epicenter and followed free market practices for long. But interestingly London prices gave far more superior returns .

Lets dig out the reason as to why gold was not glittering in India during the decade from 1990-2000.As mentioned earlier movement of gold was highly restricted by government since our independence till 1990s. Indian woman's ever growing love for gold on one hand and govt's restriction on the other hand kept Indian gold prices always at premium to international prices. This resulted to flourishing black market for illegally smuggled gold. Remember Daewood and chota shakeel ? During the early years of the decade 1990-2010 ,India faced its worst balance of Payment crisis and we almost went bankrupt .We were forced to pledge 65 tons of gold as collateral for foreign exchange and it was moved from RBI reserves to London. True to the Indian spirit of performing to excellence only when pushed to corner [another classical case is the Green Revolution of the 70s] , our Govt started reforming in most areas. One of these areas was the restrictions on import export of gold. This free movement of gold caused Indian prices to gradually loose its premium and started coupling with international one. This is the reason for gold prices not giving superior returns in 1990s.Following shows the premium of indian prices over london prices for the period from 1970 - 2009.

My Fallacy
This was an important period for me too , when i grew from 8-18 years. This is the most critical time frame in anyone's life during which he/she learns most about his surrounding .The perceptions formed are hard to change in future.I have grown up seeing gold prices lying lackluster. Also inline to most Indian households substantial portion of wealth in my family ( although its low in absolute terms) too was in the form of jewels and I grew up riddled by the questions as to why we do we throw up this much wealth into jewels which dont provide any value add and also a non appreciating asset. A broad picture now solves all the mystery.

So Gold as a viable investment option has proved itself by its own history.Few more attributes of gold which provides it a edge over other traditional investments are as follows
All the data used is taken from RBI publications [1][2][3] .Comparison and graph plotting were done using excel .The datasheet created during this exercise is also attached for reference[4]

PS: The author is not responsible if your wife shows this article as reason for buying one more necklace :-)